Way back in 1999 a racing game was published called Re-Volt, and I had a hand in bringing it to life, doing concept art and level design, along with a very talented team under the Acclaim banner, the mighty NY-based game publisher who sank in uncharted waters circa 2008, jettisoning various titles to anyone with a cheque book and dreams of reviving nostalgic franchises. Re-Volt was one of them, eventually falling into the hands of Korean developer WeGo. Re-Volt had already enjoyed a cult following that grew steadily since its release, with countless websites, forums and a thriving community of fandevs building their own tracks, cars and hosting tournaments, they truly took the game to heart and kept it alive for years.
Since the WeGo sequels have come (and gone, apparently) I thought it might be of interest to ReVolt fans to see some of the concept paintings that the dev-team had invited me to do for the Re-Volt 3 sequel back in 2015. 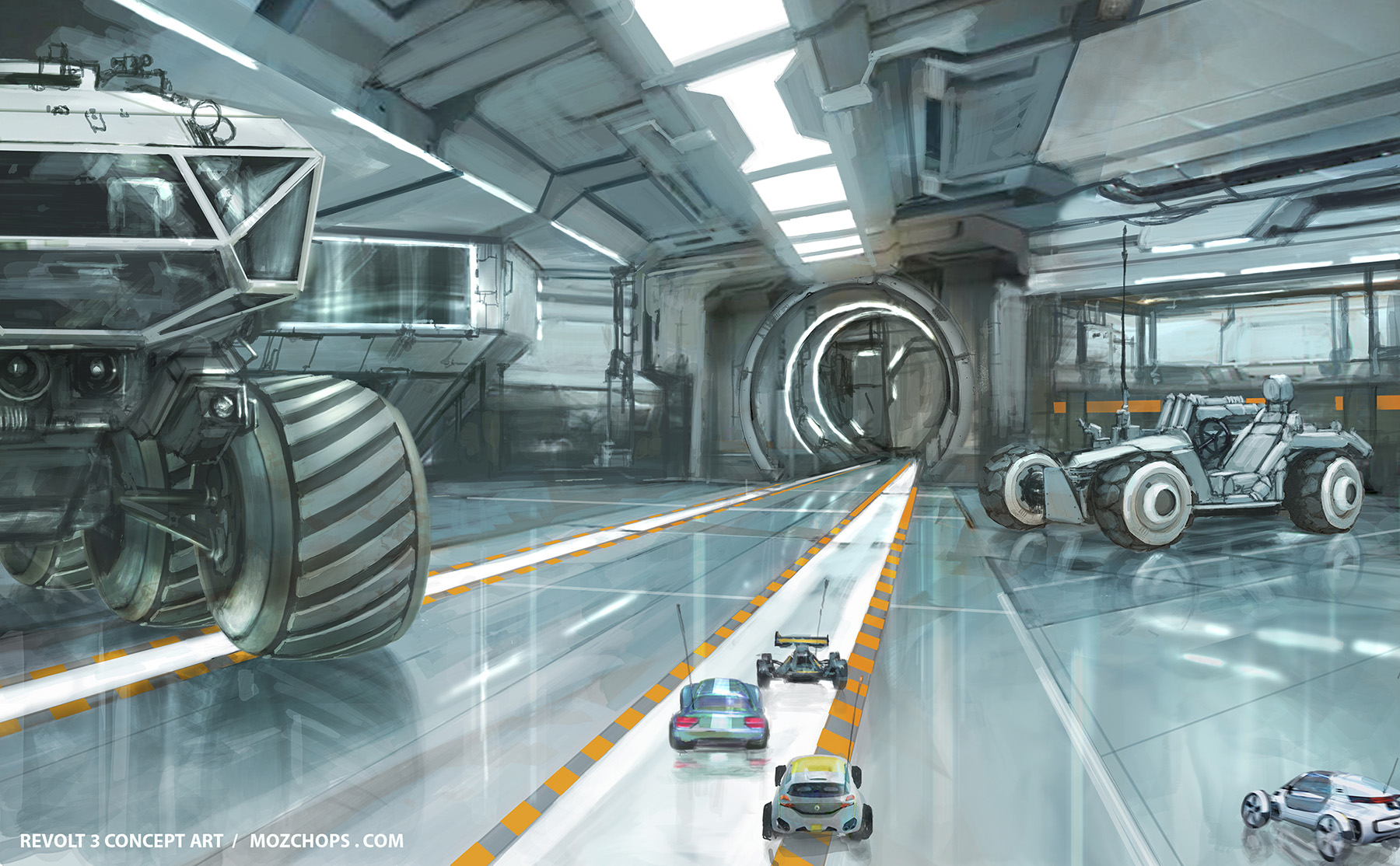 I went away for a few weeks, and came back with a racetrack idea based on a Space Station, a kind of haunted Marie Celeste ship drifting through an unknown system with an absent crew, with occasional views to the void and planets outside – a cross between Kubricks’ 2001 craft, with large revolving cylinders, Hal’s unhelpful commentary, zero-gravity sections that cars have to launch into. Throw in some pseudo NASA/Rob Foss-like space interiors and it was good to go. As you can see, new car designs were thrown into the visuals too, though only to place-hold the scenes. WeGo asked me to blueprint this level too, to link all these key-areas into a first draft pass complete with accurate distances and changes in elevation, so that a white-box racetrack could be built and play-tested. 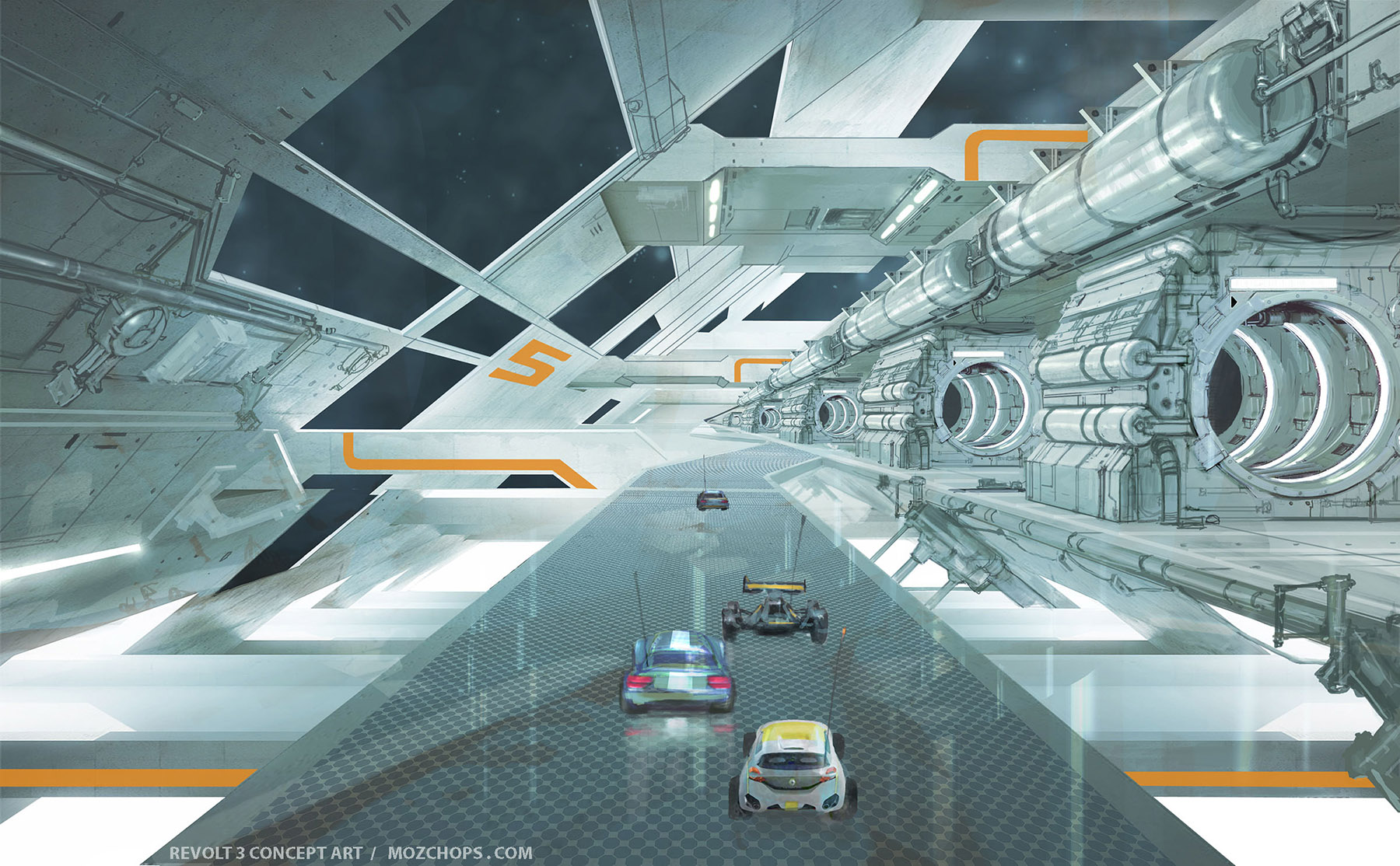 Sadly, for some reason, the space level wasn’t taken to the build stage, nor other proposed level designs and the promise of a fleet of new cars. 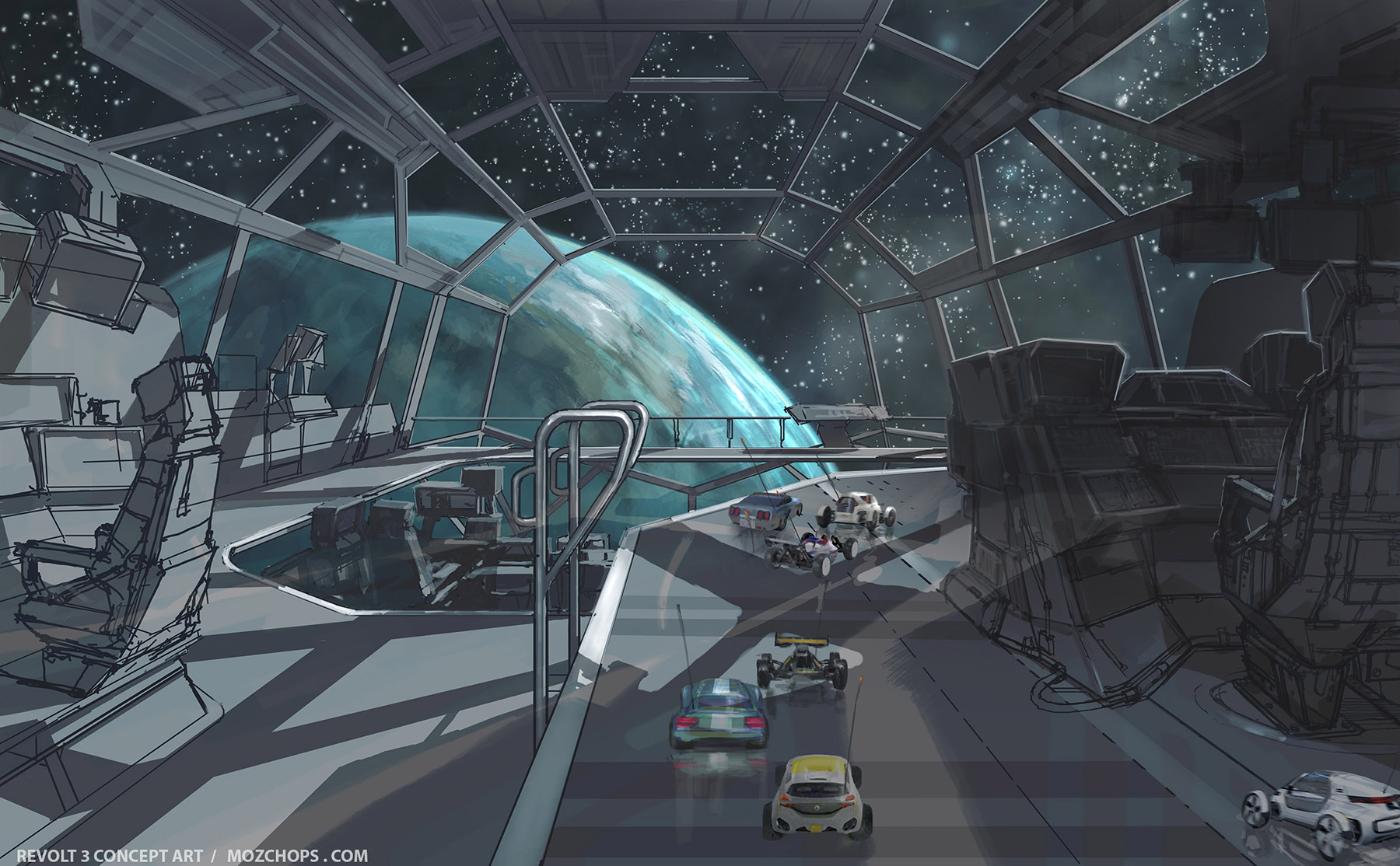 I’m posting these images up for the curiosity of fans, and what might have been with Re-Volt 3. Maybe another game-dev studio might see these paintings and see the potential of another original Re-Volt. With some vision, energy and capital, it could be a AAA game. Feel free to spread and share these pics, who knows, there may be intelligent life out there watching…. 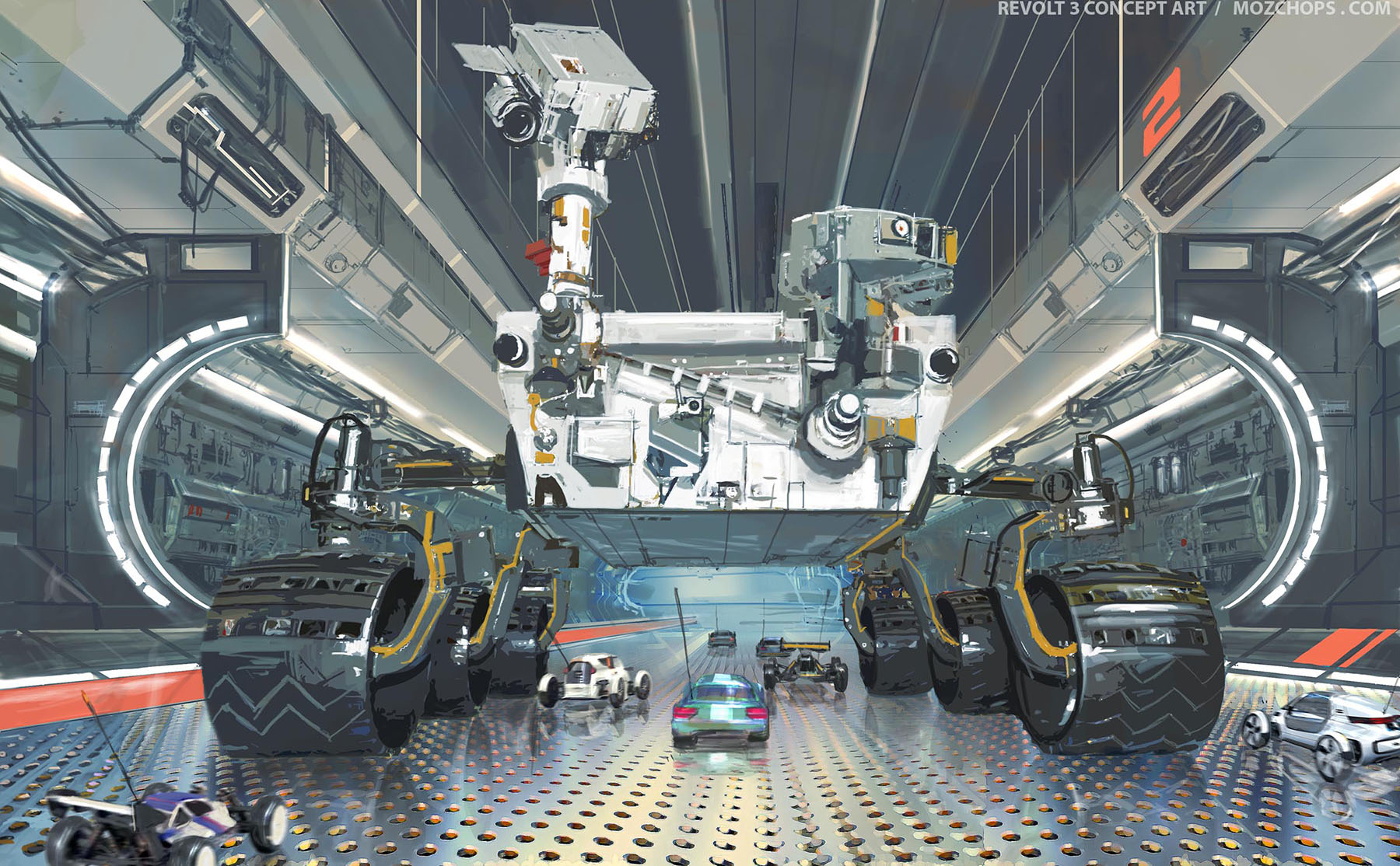 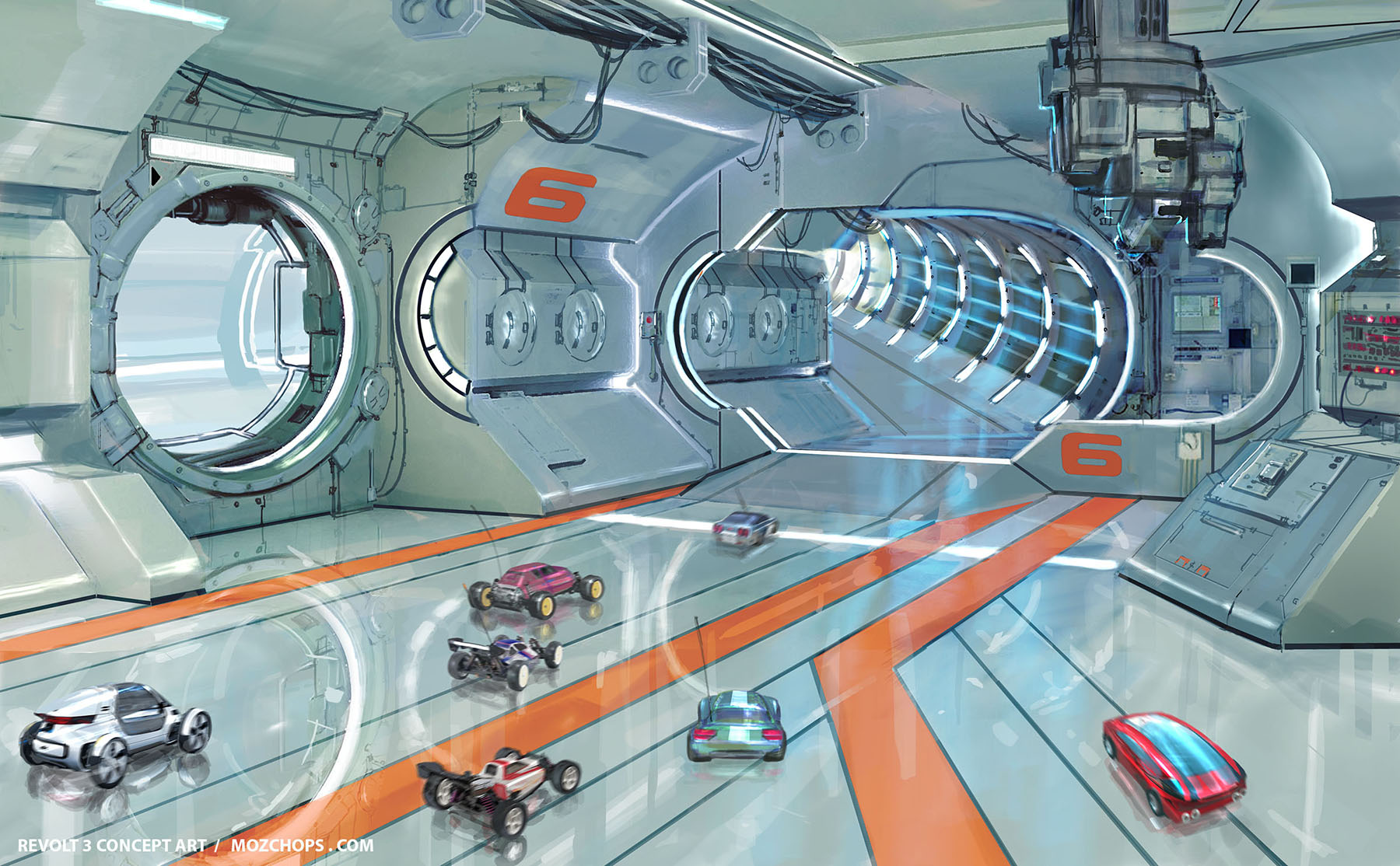 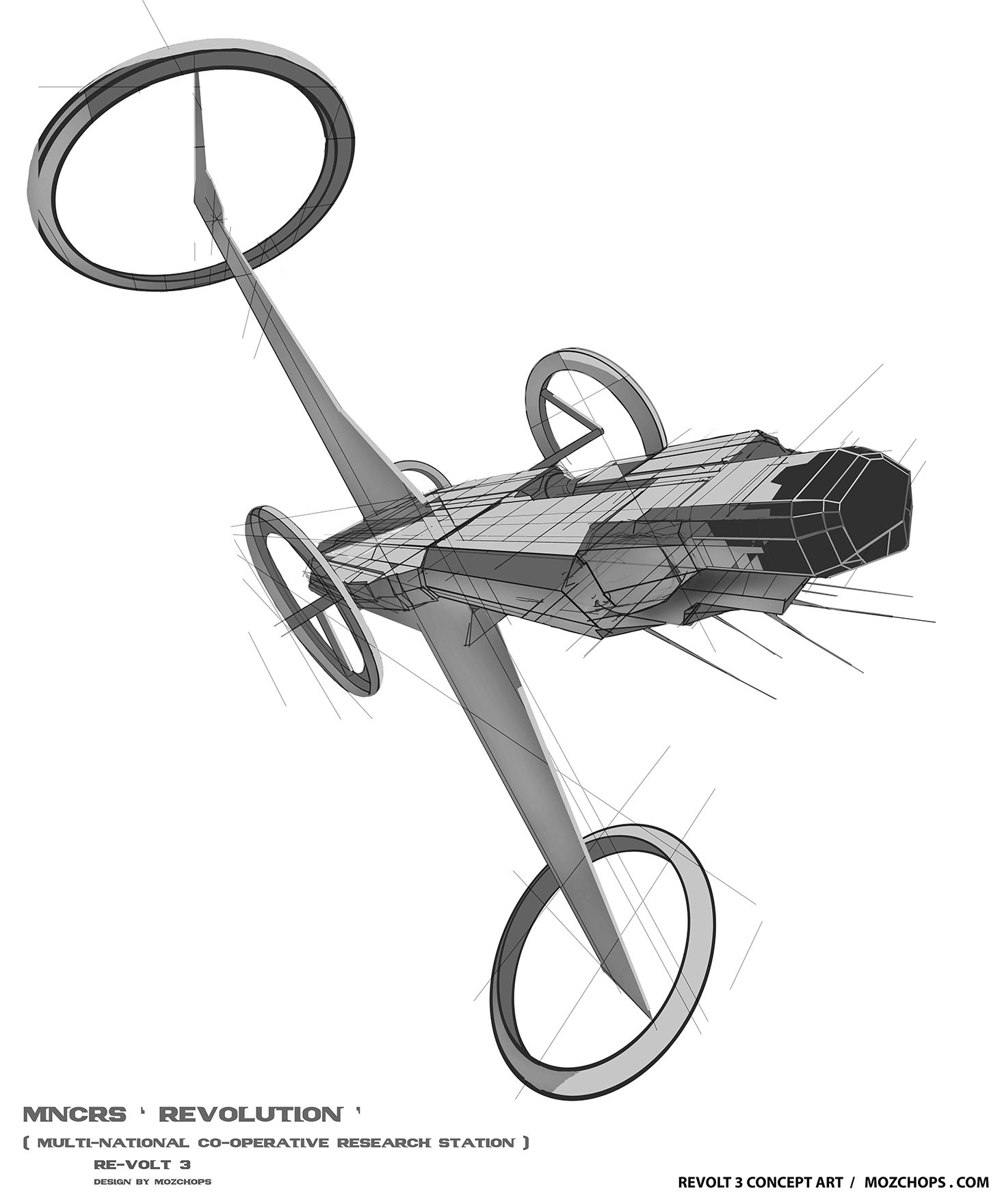 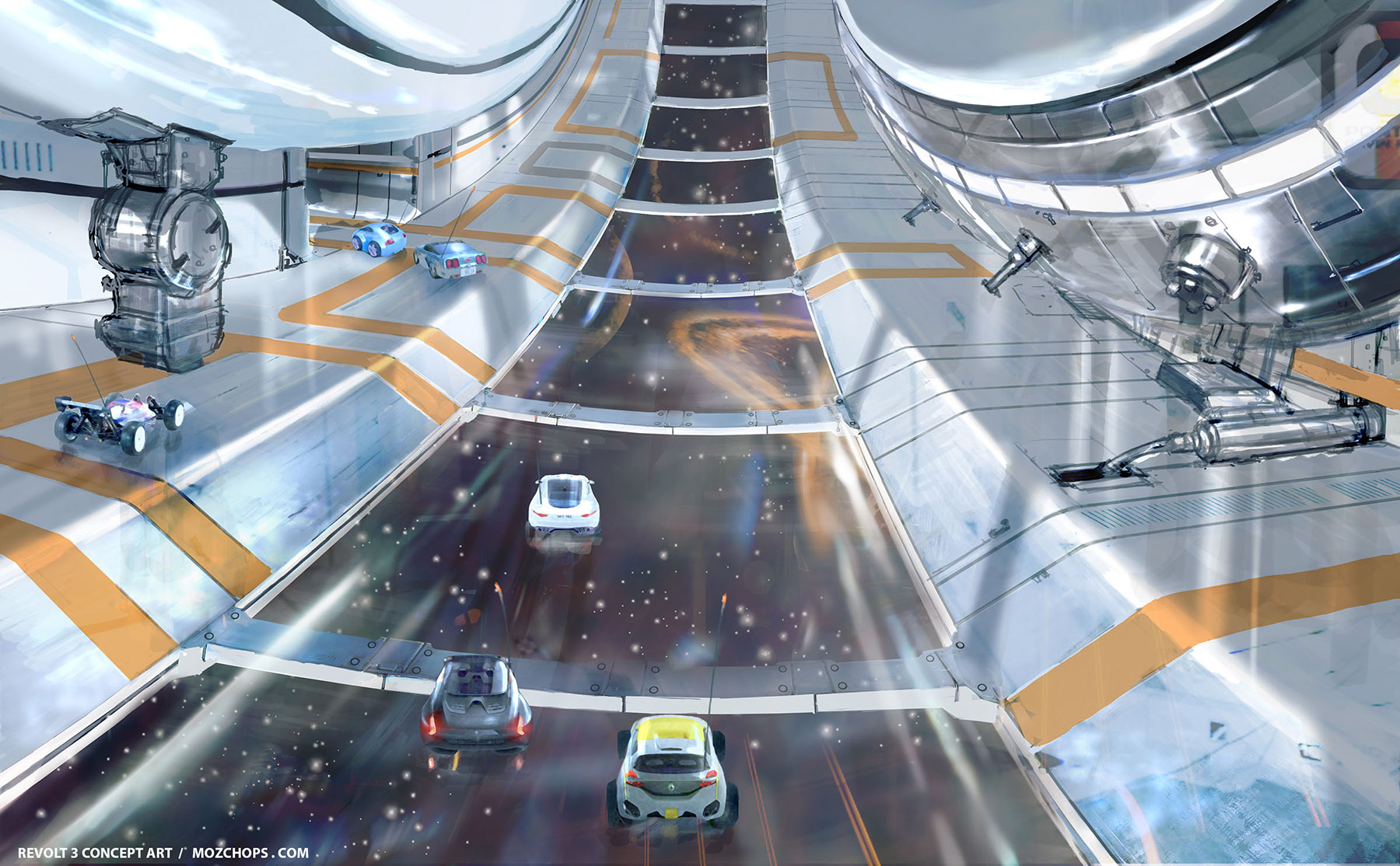 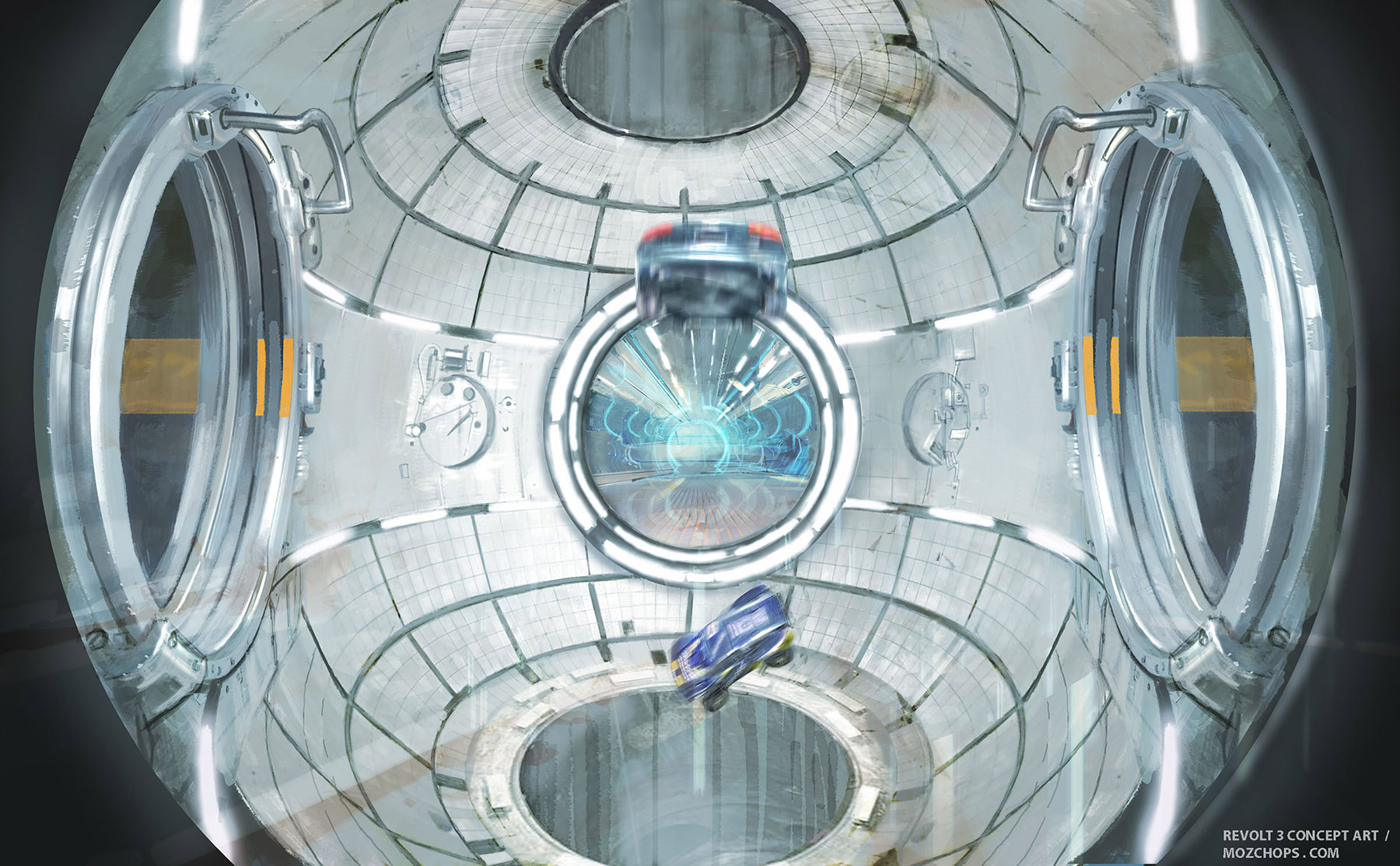 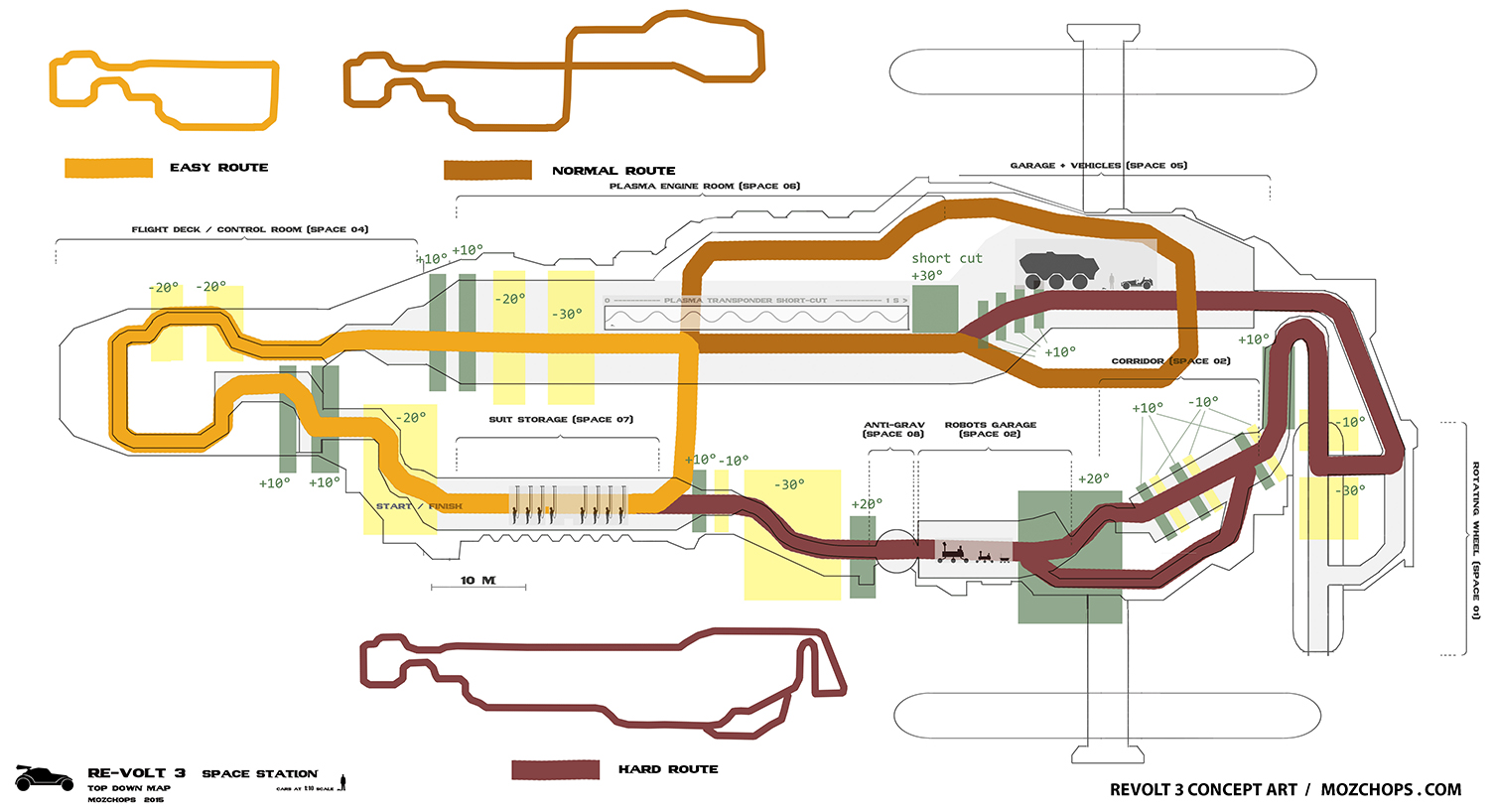 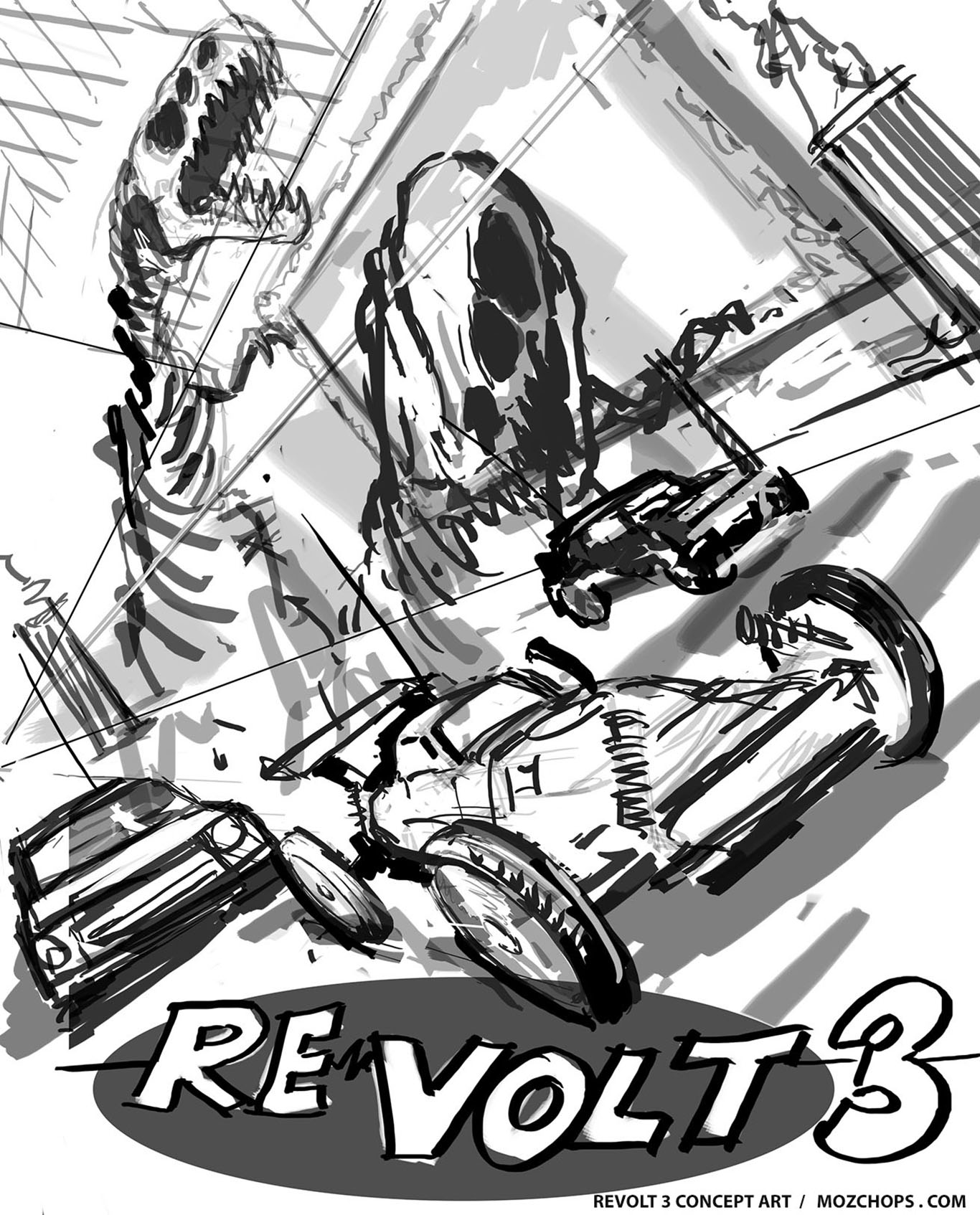